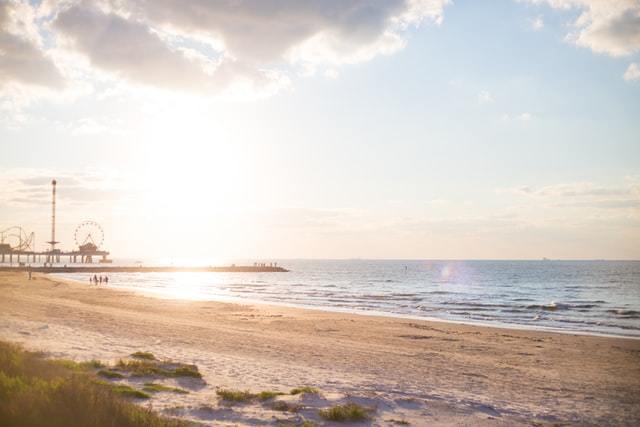 As an apneist, you understand the thrill that comes with freediving and spearfishing. There are few places better than Texas to do both since there is an awesome combination of sunshine and clear, calm ocean water.

The coastline in Texas covers over 367 miles, which is enough distance for exploring, spearfishing and having fun. And if you love spearfishing, then you're in for a treat because there are many places along this gulf coastline like beaches, oil rigs, and jetties where you can opt to fish. Besides, when going for spearfishing in texas there are different Texas fish species you can catch in these clear waters.

Is spearfishing legal in Texas? That's a common question most people ask when they hear about spearfishing in Texas.
Before diving into the ocean waters, it is important to understand the governing law in this state. You'll fair better in the waters if you have a grasp of the rules and regulations to safeguard you from breaking the spearfishing laws. Some terms used in defining the laws include:


Unless otherwise stated, it is illegal to use spearfishing on all these species in Texas. You can only use poles, lines, rods, and reels to catch game fish in all public waters. However, you can use any number of these devices at once if you don't surpass the 100 hooks maximum limit.

When fishing in freshwaters, you are not allowed to use underwater handheld gadgets for fishing, with the exception of spears or spearguns when catching nongame Texas fish species. All other methods of fishing are not permitted in Texas.

However, Spearfishing Texas laws permit spearfishing for game species of fish in non-federal waters. It means that when you go nine miles offshore, there are zero regulations limiting spearfishing for game fish. But you need a license for fishing ans a stamp approving saltwater fishing to allow you to engage in spearfishing. Therefore, you should get the required permit if you have a knack for freediving.

What are the Best Locations for Spearfishing in Texas?

For the best spearfishing in Texas, you need to select your location carefully. Some areas are better for this type of fishing than others. Some of the idyllic locations include:

Corpus Christi is one of Texas's best areas for freediving and spearfishing. This town has awesome marine life and awesome clear waters to some degree. You'll get to enjoy diving off kayaks and jetties and catch tasty fish such as sheepshead, redfish, and trout. And the good thing is that most of these fish species are available all year round. During warmer seasons, you can also find other fish species like snapper, Spanish Mackerel, snook, and tarpon.

For the best experience, you should have a kayak to use for diving. You can also opt to swim out in the ocean before diving. Remember to be on the lookout for rocks and other people's fishing poles to safeguard yourself from accidents. Always identify where fishing casting is before diving to avoid being trapped in them.

Another great place for spearfishing in Texas is South Padre Island. The area has clear, calm, warm waters and beautiful beaches to complement the look. One ideal place on this island is Isla Blanca Park because of the plenty of fish in the water for you to catch. You can swim, dive off land piers, or use a kayak to get to the Packery Jetties. In South Padre, you find different fish species for spearfishing, such as:

If you term yourself as a great apneists, then you're in for a treat.

Pelican Island is another awesome place for spearfishing. This place is flocked by r&r fishers. Therefore, you should be on lookout and try to avoid kayaks, boats, and bait lines before freediving. This island features a wide variety of fish, so there's something for everyone. Simple take your kayak out there and enjoy spearfishing.

If you are a fan of scuba diving, then you should go to Stetson Rock. Located 70 miles off Galveston to the south, this area has a lot of marine life such as Amberjacks and Kings. The warm, clear waters favor freediving since you can easily to see through the water.

The laws in Texas make off-beach spearfishing difficult and rather unfriendly. But it makes for an idyllic fishing area around oil rigs and other manmade reefs. You can find these artificial reefs between 10 to 25 miles off the Texas coastal shore. These oil rigs harbor many fish species, making them a great place for snorkeling, scuba diving, and spearfishing.

Oil rigs resemble giant iceberg since most parts are found underwater. The support beams stretch to the seafloor, leaving ample space for fish to live swim around. The Coastal Marine Institute states that marine life favors living around oil rig structures. A typical medium rig is home to between 12,000 to 14,000 species of fish. That's a large number. Fishers and spearos love fishing in such areas because they are guaranteed to have bountiful targets.

What Species Can You Catch When Spearfishing Texas Oil Rigs?

The spearfishing Texas gulf coast hosts a lot of species for you to catch. Some common species include:

When freediving or spearfishing around oil rigs and other artificial reefs, you are likely to come across King Mackerel. Although they migrate during certain times of the year, this fish species is plentiful during the warm season. Some areas such as Sabine Pass and Port Isabel harbor a lot of Kings because of the presence of manmade structures that form excellent reefs. They can also be found in large numbers around Cerveza, Auger, and Tequila oil rigs.

If you are a fan of scuba diving, you can find Groupers anywhere between the depth of 8-inches and 400-inches. Therefore, most spearos go for the Texas Groupers because of the favorable depth ranging from shallow waters to deep areas.

If you are working on bettering your spearfishing skills, you can fish for Wahoo. This fish species is incredibly fast, going up to 60 miles per hour. They are quite big, way bigger than Kings, and weigh approximately 180 pounds. If you love BBQ fish, this is one of the most delicious fish meats there is.

Tips for Safety When Spearfishing Around Oil Rigs

Texas is an ideal place for spearfishing. There is plenty of fish around the numerous jetties, shores, and oil rigs of the Texas gulf coast. So, get your fishing license and get in the water soon. Keep in mind that spearfishing and freediving are all about enjoying the thrill of diving in clear waters. So have fun and enjoy the whole process. But always excercise caution at all times around fishing areas to avoid accidents.