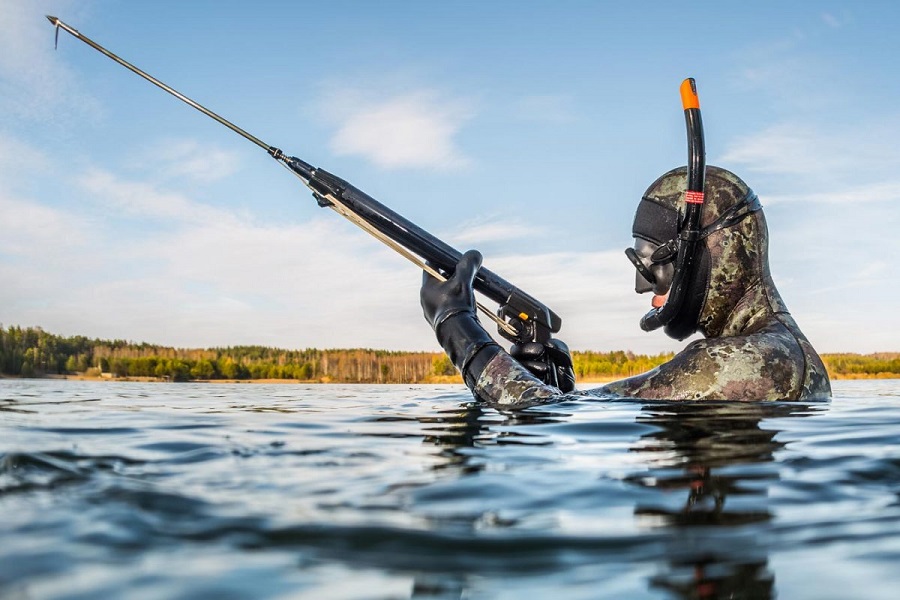 As a beginner to the sport of spearfishing, you’re not going to want to use just any speargun, you’re going to want a weapon that will enable you to make the most of your trip. The Cressi Apache Speargun is an excellent option for the novice spearfisherman.

In this review, we’re going to go over the key features of the Cressi Apache Speargun, as well as give you a brief overview of what customers had to say about using the gun. At the end of this review, we’ll also give you our opinion regarding if you should buy this speargun or opt for a different model.

Disclaimer: As an Amazon Associate, Apnealogy, earn a small commission from qualifying purchases

The Cressi Apache Speargun is designed for beginners and is perfect for spearfishing small to medium fish. It can also be used as a supplemental speargun when you need a backup when you’re going for larger fish. Since this speargun is quite compact, it is perfect for fishing in holes, around rocks and even in shallow areas. Notable features of the Cressi Apache Speargun include:

Cressi has built this speargun with the intention creating a weapon that is easy to handle underwater and can be reloaded quickly. This unit features a closed muzzle, which aids in the ease of reloading, but it also improves the accuracy of the shots.

The band on the gun is standard, but it has room for one more, which is easy to do. Keep in mind that when you’re underwater, pulling back a single band is going to be much easier than pulling back two bands.

The body of the gun can float after it’s been shot, which prevents you or the fish from getting tangled in the line after a shot. The shooting range for this speargun is 7 feet, which is standard for entry level spearguns.

The trigger on this gun features a sturdier design that covers half of the trigger area, thus helping to prevent the speargun from misfiring. The release mechanism for the speargun is the same mechanism used on more expensive Cressi spearguns.

What Others Are Saying

When looking at what people had to say about this speargun, we noticed many had great things to say. People have commented that the gun is decent for the price point. Reviewers commented that the accuracy isn’t spot on, but it is still pretty good. Customers go on to say that this gun is perfect for short range spearfishing. When using the gun, customers commented reported that it is easy to use and reload, which is a huge plus.

There were a few people who said they’ve used this spearfish gun for several years and it continues to be as reliable and easy to use as the first day they purchased it. A few people did say that reloading the gun does take a little practice, but once you get used to it, it becomes a lot easier.

Although many customers had great things to say about this product, there were a few people who had some serious concerns and/or complaints with the speargun.

One customer reported that on the first try using the speargun, the line that came with it broke, which caused the spear to sink to the bottom of the lake. Another customer commented that the front connection for the band broke off only after using the gun on a few dives.

Other customers were upset that the gun didn’t have the kind of power they were looking for. A few said the gun doesn’t have enough power to spear even small fish.

One person said that 90% of the fish they tried to shoot at was able to get away because the power of the gun just wasn’t there One person said they needed to do a few modifications and upgrades to make the speargun more efficient.

If you’re new to the world of spearfishing but you’re eager to dive right in (no pun intended), you’ll need a great entry level speargun like the Cressi Apache Speargun. Cressi is a popular brand name among spearos of all skill levels, so you can trust that this speargun is going to be made with superb quality in mind.

We like this speargun because it is very affordable and its user friendly. We like that this speargun features a closed muzzle that’ll improve accuracy when shooting, but also makes loading the gun easier. When you’re underwater, pulling back on a single band is easy, even if you’re wearing a padded wetsuit. We like that the band is easy to mount and there’s enough room for a secondary band if you require more shooting power.

We like that this is a lightweight speargun, as the weight of the gun ranges between 1.5 to 1.9 pounds, which is dependent on the length of the gun. The speargun length ranges from 35 centimeters to 75 centimeters, making it a good for most users.

We feel that this is a great starter speargun for novice spearos. A few people have mentioned having a few problems with the line snapping or the front connection for the band broke, but we feel like these problems are rare and not an overall reflection of the product.

In our opinion, we feel that this is an excellent speargun to purchase. It’s affordable, user friendly, and easy to use. Do keep in mind that this is a speargun designed for beginners, so eventually you will want to upgrade.